After a couple of subdued days in Durango, we are ready to move on and hopefully shake our funk. Soon after leaving the city limits, brown turns to green and the San Juan mountains stun us with their beauty. From Durango we drive up highway 550, the “million dollar highway”, through Silverton and Ouray. The super-windy road lives up to it’s name (and the hype), and even through the hazy, smoky skies the traveler is rewarded with incredible vistas of the San Juan mountains. We will come back here one day to hike into the backcountry, and perhaps make a trip into the Weminuche Wilderness.

As sites in the East Portal campground at Black Canyon of the Gunnison National Park are first-come first-serve, instead of visiting the rim first, we drive the crazy 16% grade road down into the canyon, where we set up camp in a hollow near the Gunnison River. The shady campground is cozy with only 10 sites in this walk-in area, but doesn’t feel cramped. Our neighbor is a character, and we enjoy lengthy conversations with him about his solo through-hike of the AT, and upcoming solo hike on the Colorado trail.

A ranger tells us that bears frequent (and maybe live in) the area just above the campground. There are a couple of females with cubs, and on the rim of the canyon the  ranger has twice spotted a huge male crossing the road. Apparently that big boy is elusive and no one has been able to photograph him.

The canyon walls stretch 1600 feet above us. The rock changes color as the sun moves, and the crystal clear river is more beautiful than I ever could have imagined. We hike through boulder fields alongside the river – the “nature trail” and find a pebbly area perfect for wading.

We see a juvenile cinnamon colored black bear stretched out like a cat in the shade. It raises its head as several small groups of people gather on the gravel road to watch. The bear grows tired of our gawking and runs up into the woods, a short while later reappearing across the road down by the river. We watch as it approaches the water, walks in, the current catches it. The bear floats down river a short bit and emerges on the opposite bank. It disappears behind a bush, presumably still trying to disappear from the gaze of the tourists who are visiting its home. I assume it’s a male and name him Sonny. We are on the lookout for Sonny for the rest of our stay but are not able to spot him again.

We drive back out of the canyon to see the rim. Every overlook provides a surprisingly different and stunning view of the canyon, and the as the elevation rises, one can see the bare tops of high Rocky Mountains in the backdrop. At the highest point, the Gunnison River is 2700 feet below the rim of the canyon, yet you can clearly hear the rush of the river and the woods of the wind through the canyon. As the wind moves through the canyon and up the walls, the visitor is treated to a natural air conditioning. 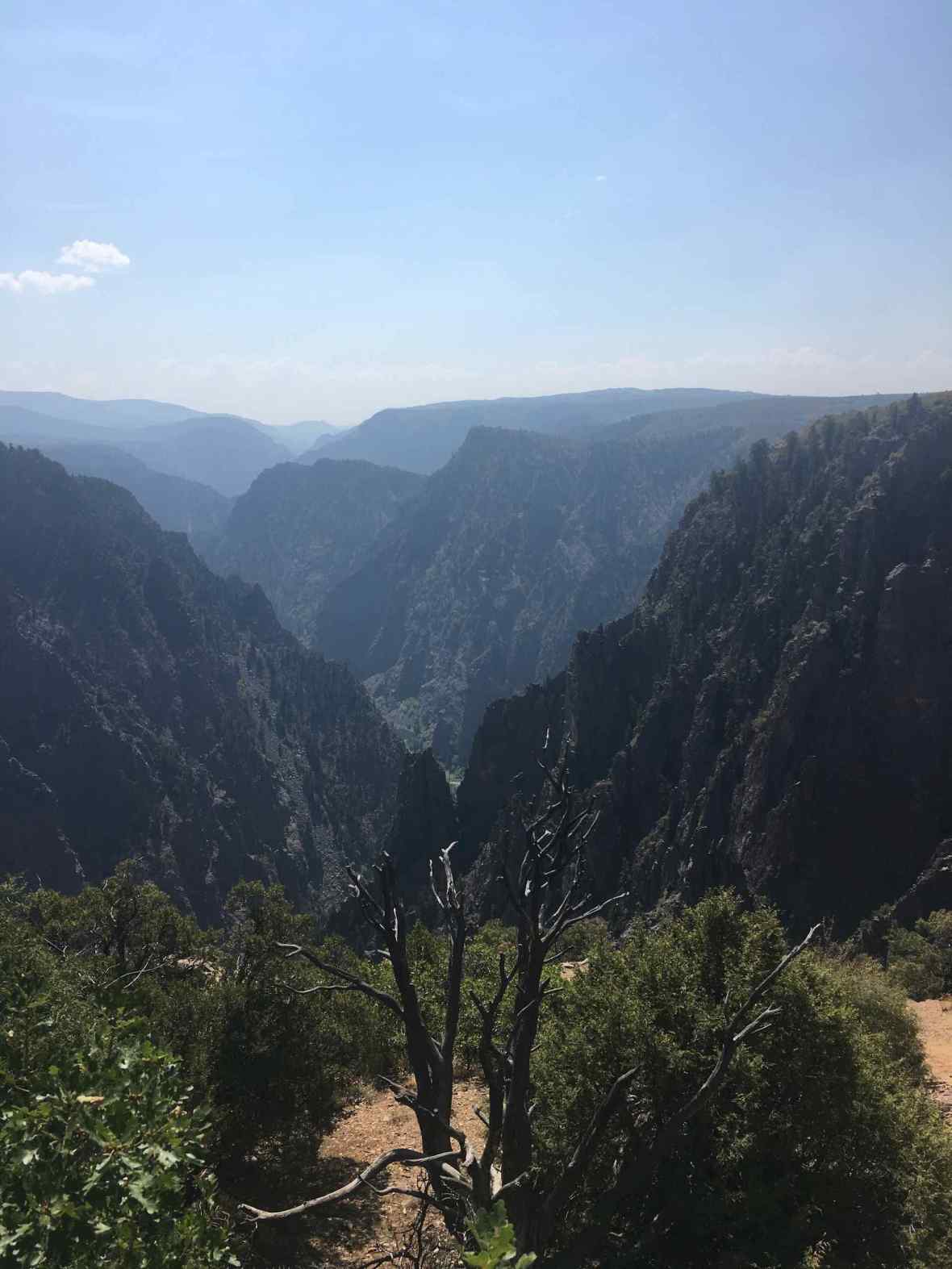 A storm blows through, with winds gusting 40-50 mph. The storm brings little rain but fells a tree just past the pit toilet. We are a wee bit anxious about camping under the trees in this beautiful wooded alcove but quickly forget our fears as the beauty of being immersed in this place is so soothing.

I hope to wade the river again but the air has cooled from the storm. I instead sit perched above the river bank and sketch the landscape until dusk.

I hear a rustling in the bushes across the river and spot two white-tail does coming down the steep slope to take a long drink from the river. 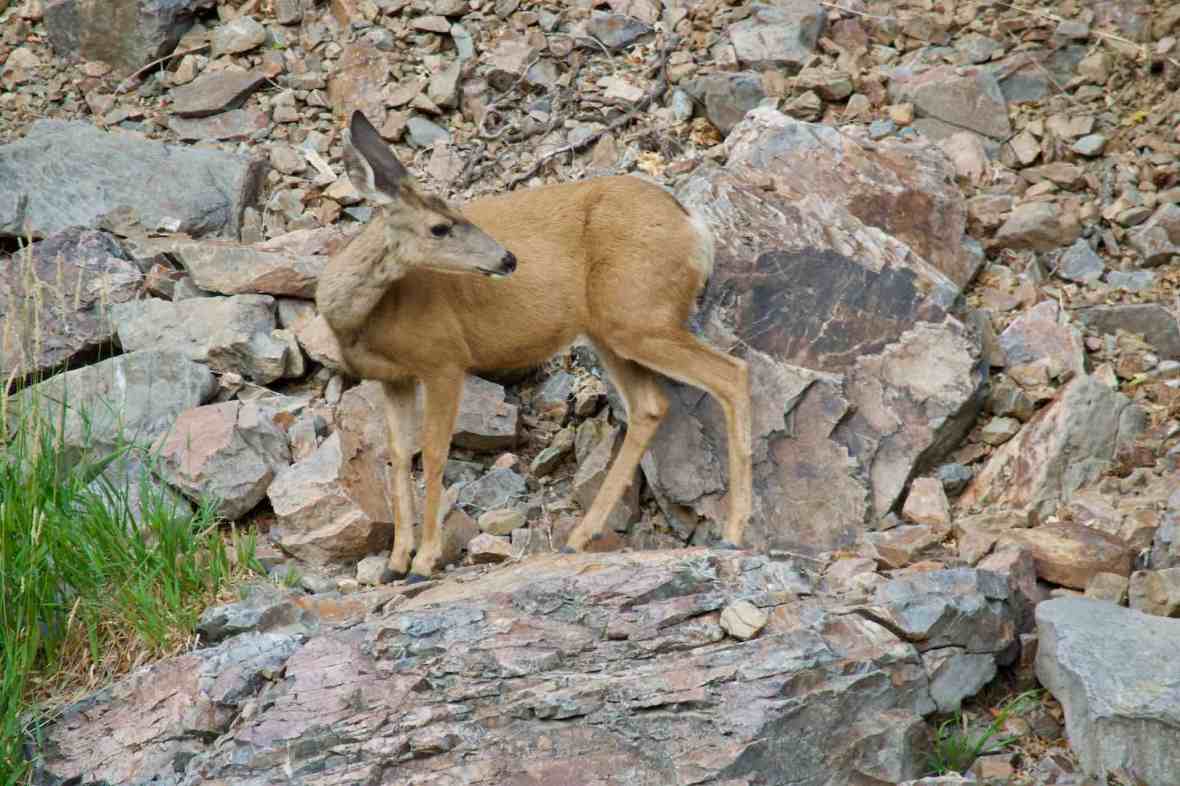 The deer see me but are not afraid. I look around and do not see another soul. Everyone else is down the hill at the campground.  This little moment with the deer is mine alone and reminds me that time spent quietly can bring joy in unexpected ways.

One Reply to “Black Canyon of The Gunnison National Park”